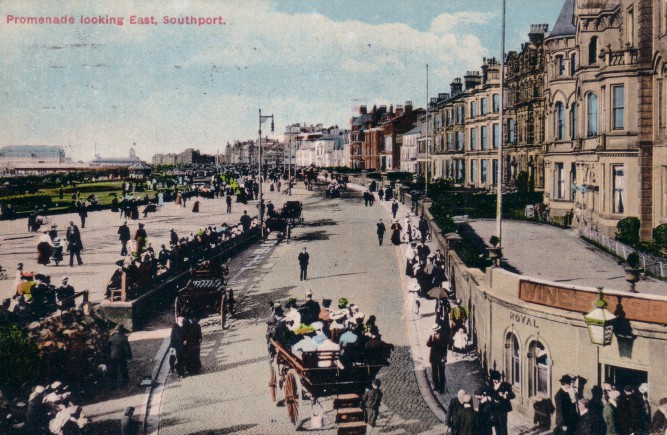 It was great to welcome two separate groups this week - firstly members of Formby U3A Local History Group, and secondly volunteers of Southport Citizens Advice Bureau.  Both Walks were great fun for everyone and were well-received.

Some photos are included in the Gallery tab opposite.

A Southport Walk is an ideal outing for any Group, Club or Society.  The Walk can be on a day and time to suit, and daytime Walks can also include the popular tea & scone afterwards.  Ideal numbers are 8 -20, and a discount of £1 off all Walks is given.  Please enquire for details.

Back for 2018!  Available for groups and societies with a bespoke tour any time and day or evening, please enquire for details.

Public Walks will take place every Tuesday and Saturdays at 2pm in June, July, August and September.

The schedule from mid-September has now been determined:

No Walks from Wednesday 13th to Monday 25th September  - sorry!

Walks resume at 2pm every Tuesday and Sunday,

Thanks to the local newspapers The Champion and the Midweek Visiter for their coverage of Southport Walks this week.  And special thanks to local historian Geoff Wright for the two-page feature in his regular 'Nostalgia' column in this week's 'Southport Visiter'.

It's great to meet everybody who comes along for the Walks, both locals and visitors.  But a special mention to those who have come from abroad - this week Julie and Bob from Sydney, Australia, and Barbara from Houston, Texas, USA.

Delighted to be joined today by author and local historian Geoff Wright.  He has a number of highly respected publications.  Check out his 'Foul Deeds &Suspicious Deaths Around Southport'.

Thanks to everyone who has joined us during the first week of Southport Walks - great to meet you all, thanks for all the positive feedback on facebook, and glad you enjoyed both the Walk and the tea & scone afterwards!  See the Gallery for some photos from the Walks.

Thanks to Martin Perry of Southport Civic Socity for the use of vintage postcards from his private collection.

Sefton in 50 Buildings  by Hugh Hollinghurst 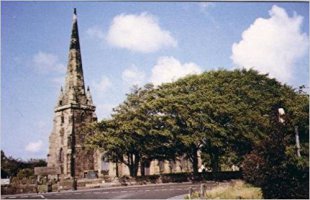 A new publication coming this September by an eminent local historian, and available to pre-order now.

Sefton is one of the most variegated boroughs in the land. It encompasses two former boroughs: industrial seaport Bootle at one end and at the other the genteel seaside resort of Southport. In between stretches beautiful coastline, home to 6 links courses including championship Birkdale. The rural hinterland is the setting for grand country houses and for the tiny village of Sefton that gives its name to the borough.

Join Hugh Hollinghurst as he looks at the wide range of architectural treasures in the borough, including: the village of St Helen's fifteenth/sixteenth-century Gothic revival church; the modernist St Monica's in Bootle; Crosby Hall, built in the early seventeenth century on a grand scale; beautiful thatched cottages which adorn the country town of Formby; and Southport's distinguished pier.